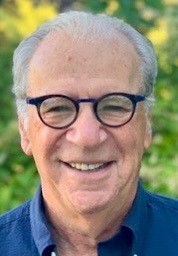 The Coalition for Westport takes pride that in the debate Thursday night, P&Z candidates acknowledged the timeliness and importance of initiatives that the Coalition has been advocating:

We are gratified by the wide recognition the Coalition’s platform has attracted and we look forward to continued participation in the collaborative effort to assure Westport’s future.

Ron Corwin. He’s done it before. He’ll do it again.

The Coalition for Westport  is proud to announce its nomination of Ron Corwin as its candidate in the November 2 election for the Planning and Zoning Commission.

As one of the Coalition founders, Ron kept the spotlight on issues that had a tangible, positive impact on the everyday lives of Westporters.

Corwin chaired the P&Z from 2007 to 2011 where he had a record of success championing imaginative initiatives. Under his leadership, the Commission greatly expanded the number of restaurants, enacted regulations to permit outdoor dining, approved lights on the athletic fields at Staples and Bedford schools, and approved the relocation and construction of the Y at Mahackeno, all while advocating historic preservation initiatives.

As Westport continues to grow, Ron has turned his attention to initiatives to improve public transportation, address traffic concerns with a “complete” streets policy for vehicular, bike and pedestrian movement, and an upgraded infrastructure to assure safe passage throughout our community.  Ron is also “in favor of diversity and housing opportunity, efforts to mitigate flooding and property damage due to climate change, and supports the goals of Sustainable Westport”.  See below for more.

Formed in 2013, the Coalition, Westport’s forward-looking party, has fielded candidates in every election steadily gaining supporters with its positive influence on Westport land use policies and practices. Ron Corwin has been a Westport neighbor for 35 years, and he thrives on being of service to the town. He is married to Beth Blumenthal, and all 3 of their children are Staples graduates.  Ron Corwin’s goal for P&Z is to support an economically successful, vibrant, and livable environment in Westport. He has shown that he was in tune with the needs of Westport and that there is no better candidate for the P&Z.

VOTE FOR RON CORWIN ON THE COALITION for WESTPORT LINE

The Coalition for Westport supports the following Statement of Principles:

Vote for Ron Corwin on the Coalition Line, on Tuesday November 2, Ron is commited to these principles and brings a wealth of experience to the job

What are the most important values you hold with regard to the mission, philosophy and direction of Westport’s Planning & Zoning Commission going forward?

Planning & Zoning is the expression of neighbors.  It is how we manage where we live, work, shop, and send our kids to school.  It is both democracy at the local level and an agency of change.

My values for P&Z are to provide a fair, efficient and equitable forum for applicants and the public on all land use applications, proposals and planning.

The P&Z plays an important role in the life of our town.  It is a forum for open, transparent and civil discussions to:

When I chaired the P&Z (2007 to 2011) we approved major increases in the number of restaurants, permitted outdoor dining, lights at Staples and Bedford sports fields, addressed issues of historic preservation, doubled the number of permitted home offices, and approved the relocation of the “Y” at Mahackeno.

I welcome the opportunity to serve again.

If you had the power to completely overhaul Westport in relation to Planning & Zoning, what would you prioritize? (Please include reference to Baron’s South & Downtown)

I would actively participate in the key proposals and zoning changes that affect Westporters’ everyday lives.

First, I would establish a new process for routine applications through more efficient Commission subcommittees.  This would speed up response time to residents and allow the Commission to focus on town-wide planning and proposals.

Next, I would set up 2 working groups to review all the zoning changes and plans currently in discussion, on the shelf, or languishing in the Commission’s work flow.  Each group would then bring their recommendations to the full Commission within reasonable time frames to hold hearings and get public input.  And make decisions.

And, most importantly, I would put priorities of Westporters on the Commission front burner:

In sum, I would be an engaged participant in an efficient, well-functioning Commission, focused on planning for both immediate and future needs.